Over a decade ago a man purchased a piece of the Gulf Of Mexico. This area of the gulf was a barren seabed, no life no rock upon it. What he did with this piece of land was drop tons of Florida dry rock on it and wait. Over the course of the decade beginning with bacteria and microorganisms this area of land became a new hotbed of life. Invertebrates such as  shrimp and crabs began moving into this “new neighborhood”, drifting macro algaes, propagated corals, sponges and gorgonians started to take root. Small native fish used the crevices and caves for defensive positions and places to breed away from the eyes of larger predators. This man made reef became home to a diverse amount of species.

What does this have to do with the aquarium industry?

With a company like Salty Bottom Reef Company that specializes in collecting of live rock from our own man made reef, it plays a large part in the hobby and how we educate the hobbyist. Since we solely collect from these reefs we give hobbyists a new way to approach maintaining an aquarium. Generally, most of what can be found in our rock is not common in the hobby. At first it sounds alarming, but on a deeper level it helps provide a much more natural ecosystem.

12 miles off the coast of Florida, in the Gulf Of Mexico was a plot of barren land underneath the waves. 200 tons of dry rock were added and as time passed, an undersea desert became ripe with life of all sizes. From the surface, all that can be seen was an endless blue, but beneath its like entering an entirely new world. 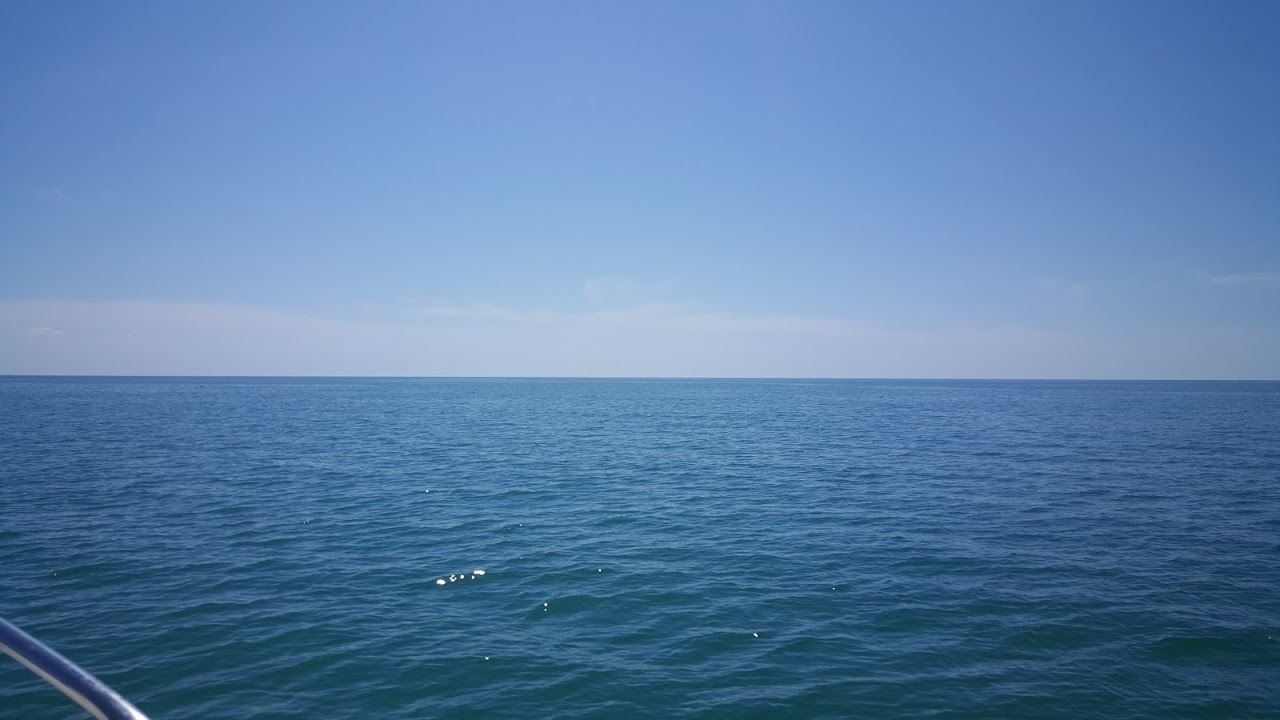 Once down at the ocean floor on days of good visibility, everything from Mithrax Crabs, to Mantis Shrimp can be seen on the rocks. During the spring, macro algae like Halimeda and Gracilara grow and show off beautiful colors of red and green. Sponges, corals and gorgonians are also present. Small Goby and Blenny dart in and out of caves, Belted Sandfish hover over territories, larger Angelfish patrol the areas while invasive Lionfish have also found a home.  A once uninhabited part of the ocean floor is now a beautiful thriving reef. 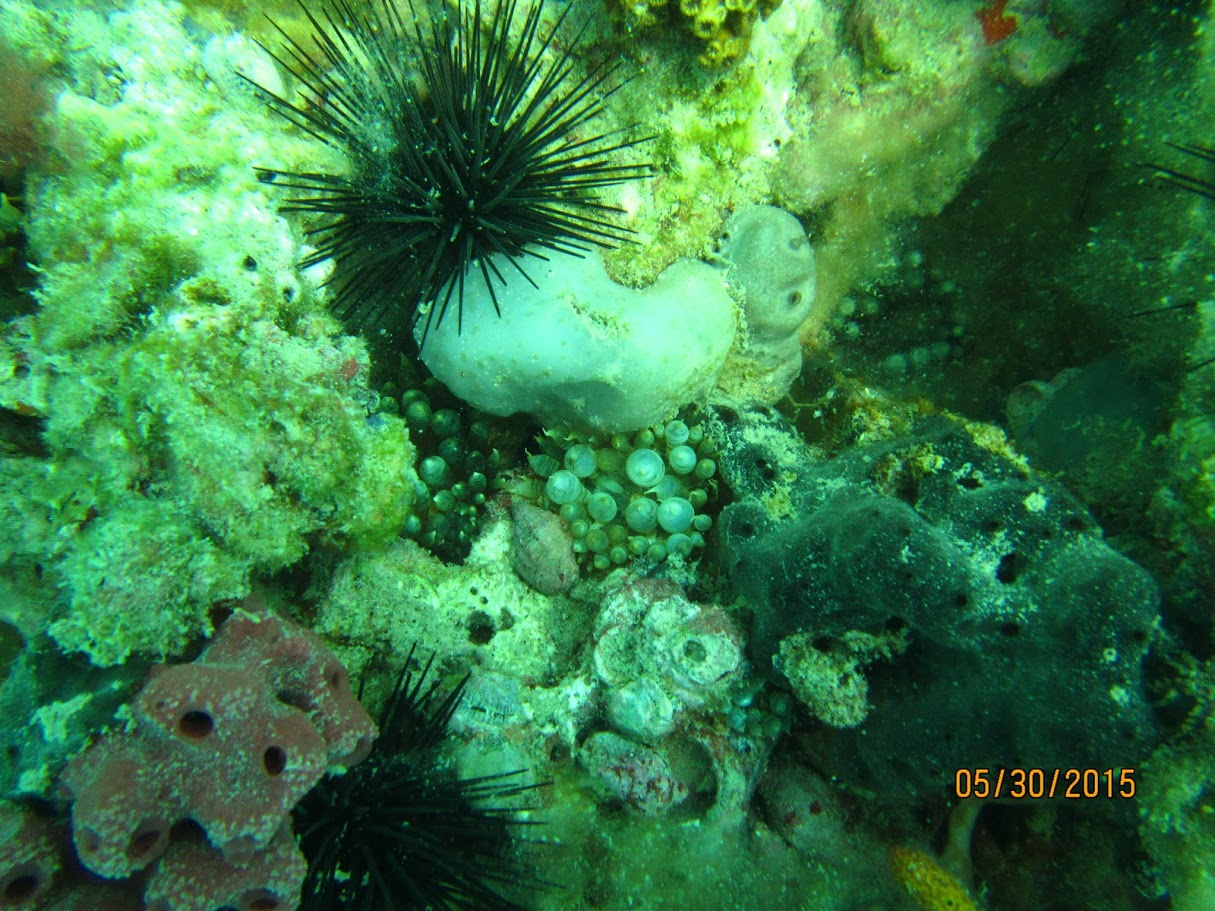 Rock before it’s harvested. Sponges, Anemones and urchins are present. 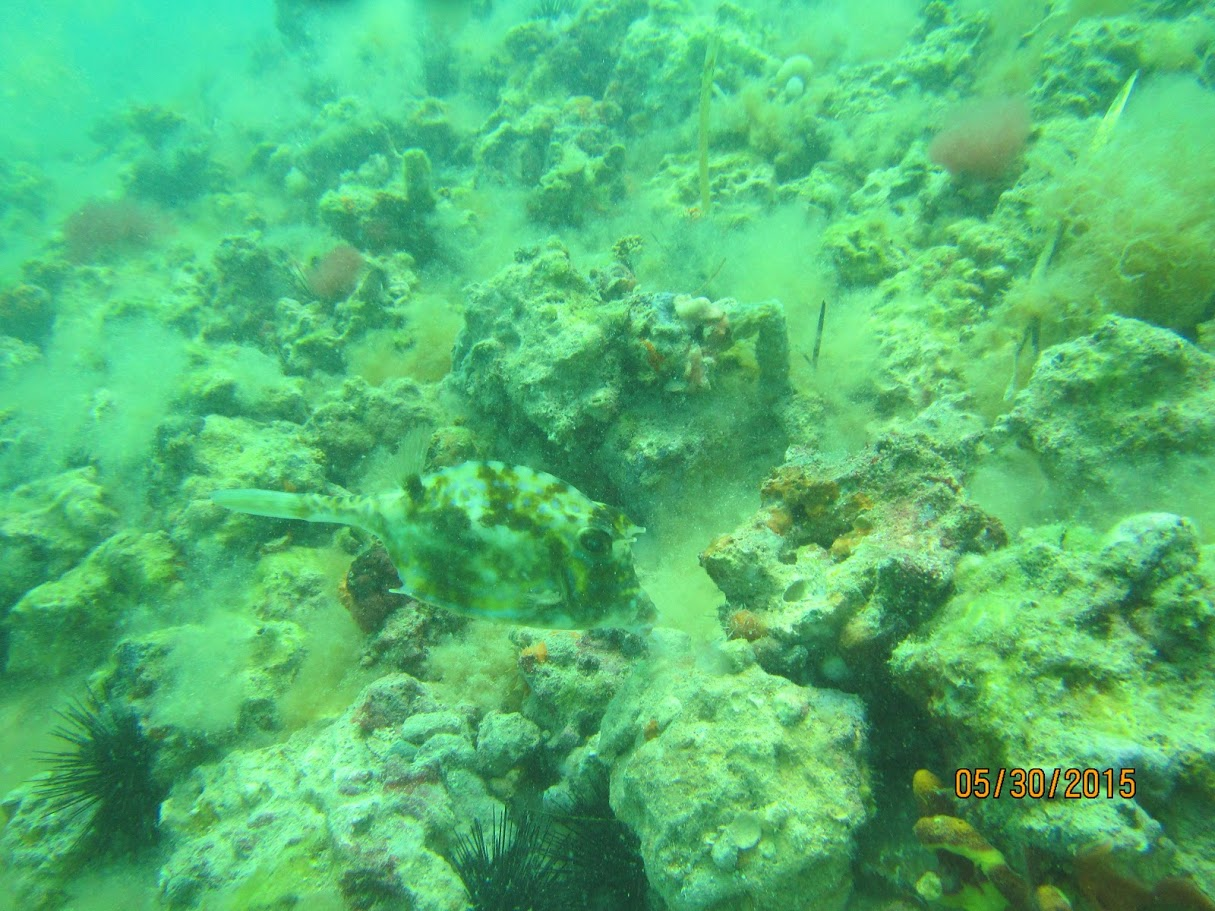 More rock showing how vibrant the reef is. 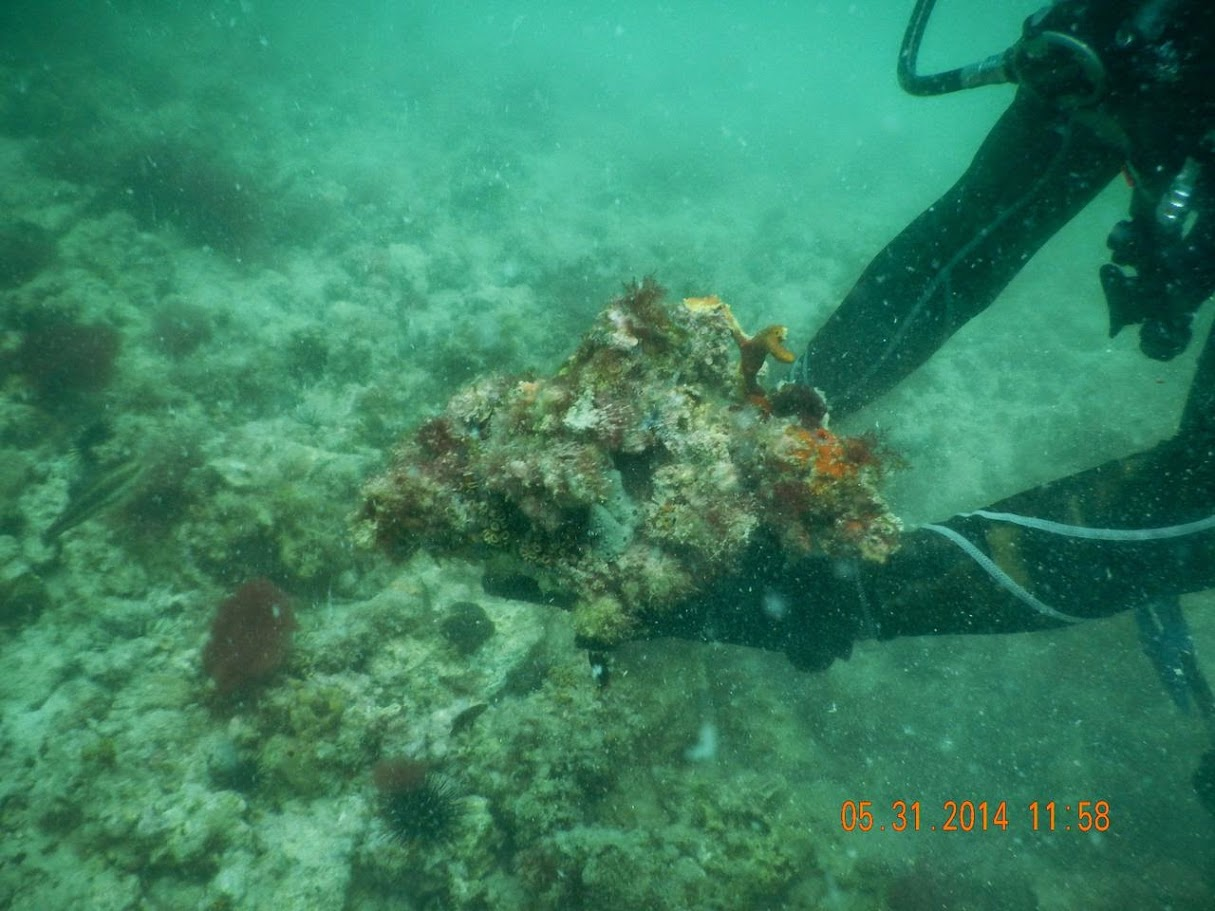 A large piece of rock being pulled for harvest. 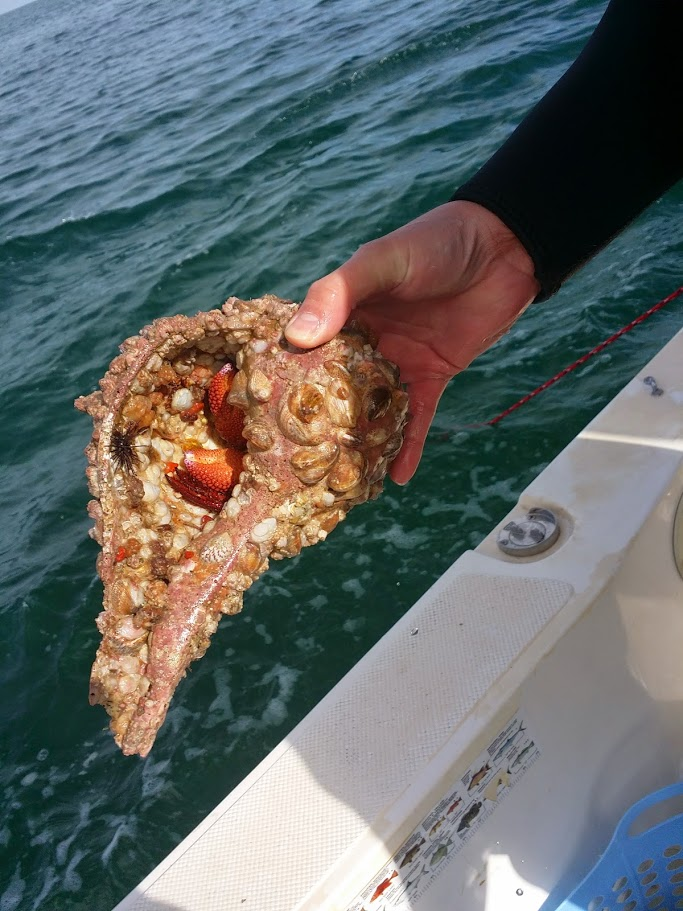 A larger hermit crab complete with an Urchin hitchhiker. 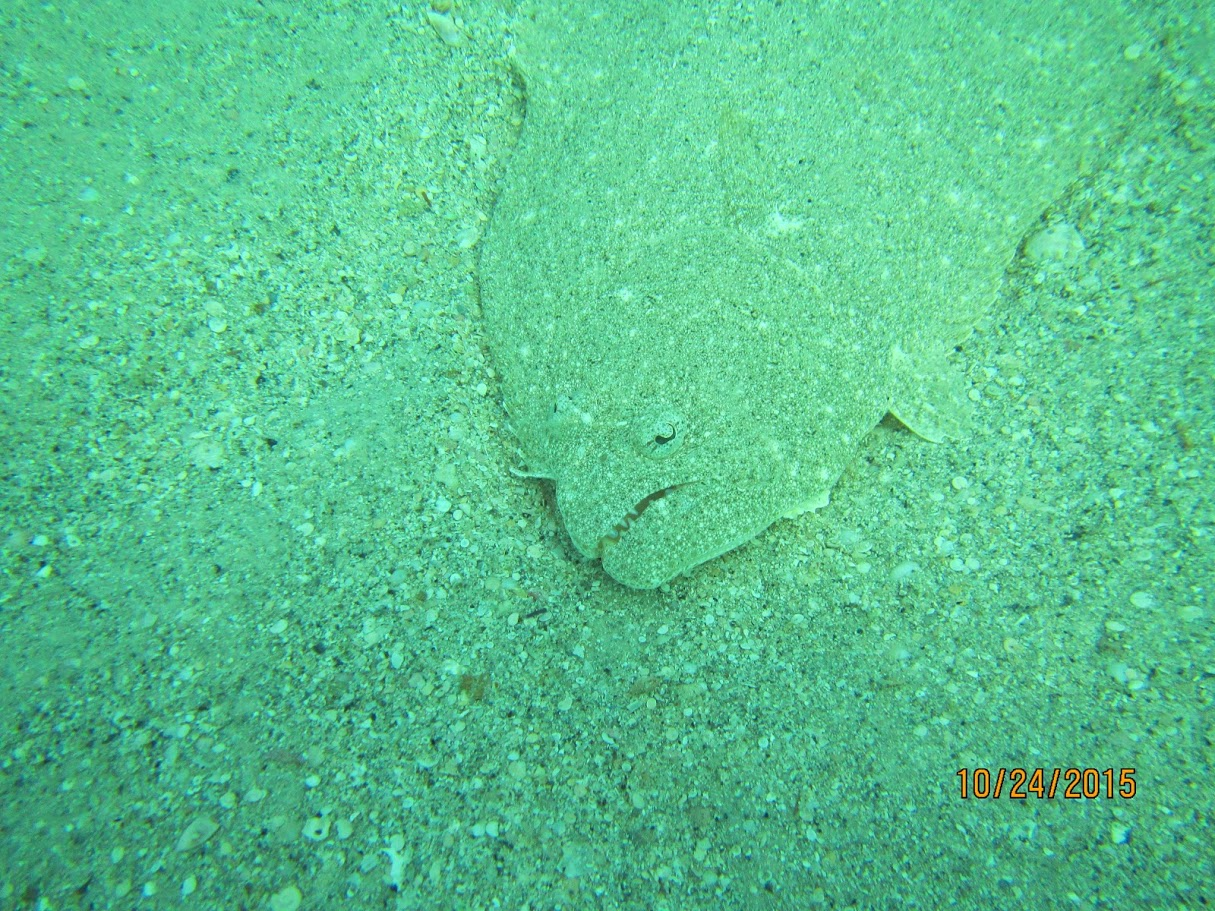 Each rock is handpicked and placed into baskets that are then pulled back onto the boat. For every rock pulled up, dry rock is added. They are stored in totes and brought back to headquarters (lovingly known as the shop). There, they are placed into tubs equipped with large sumps and LED lighting to keep everything alive. At times many unwanted critters are found and pulled off, like Mantis, Pistol Shrimps and Gorilla Crabs who are then separated and put in their own enclosures. Hermits and other crabs, Peppermint Shrimp and various snails are put together to be listed on the site. Not all members of the CuC are removed though, they are kept to keep the rock alive. Other sessile inhabitants such as; Corals, gorgonians, macro algae and sponges are left alone. 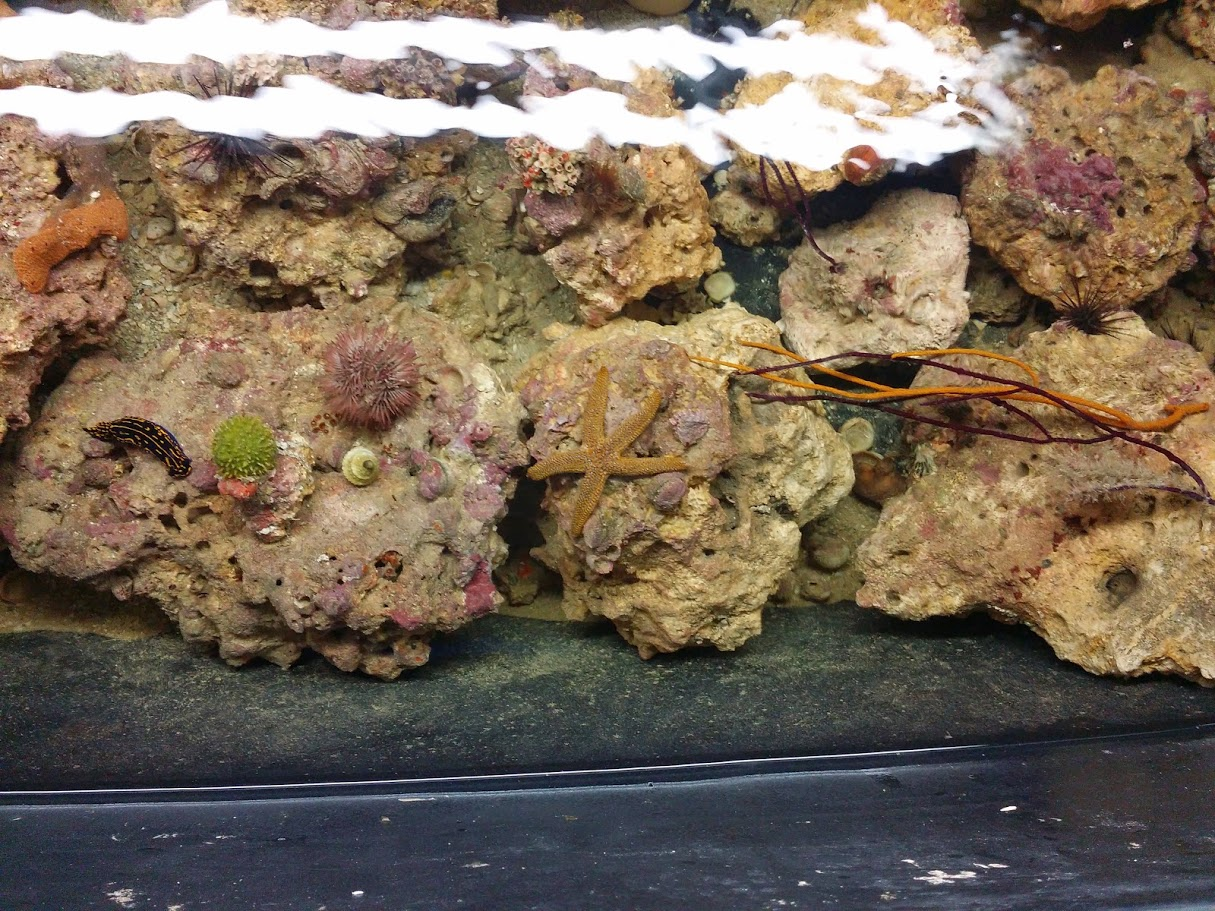 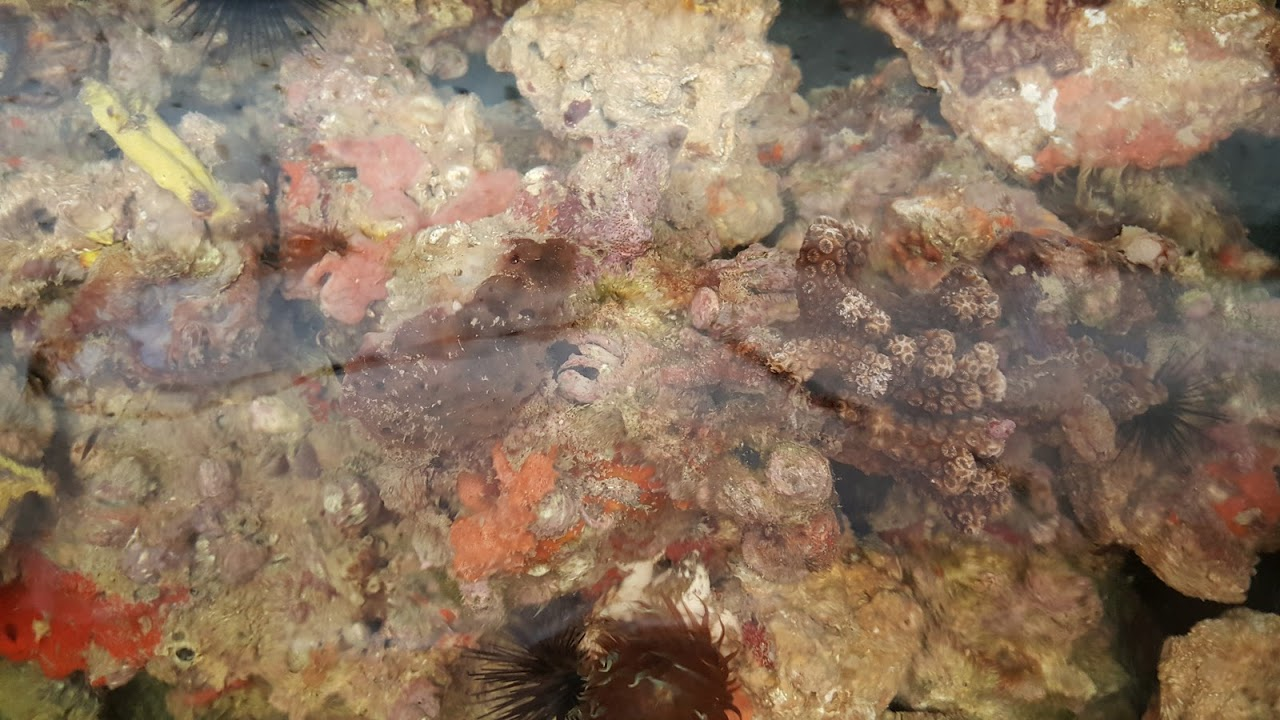 Rock in the tub, each rock is full of amazing things to see.

At the shop is where the rock can be seen in all it’s beauty. At almost every juncture can something be seen moving, the illuminated tubs seem almost as alive as the ocean itself. Porcelain Crabs are seen fanning for food, Arrow Crabs pick at rocks and inverts; hitchhiking fish, Goby and Blenny emerge from their hideaways to explore, only to go back home at any sign of trouble. Even larger fish can be found, Gulf Toadfish who grow to about 12 inches can be found in juvenile stages in the rock. Belted Sandfish have been found in the tub making the trip from the ocean to the shop. 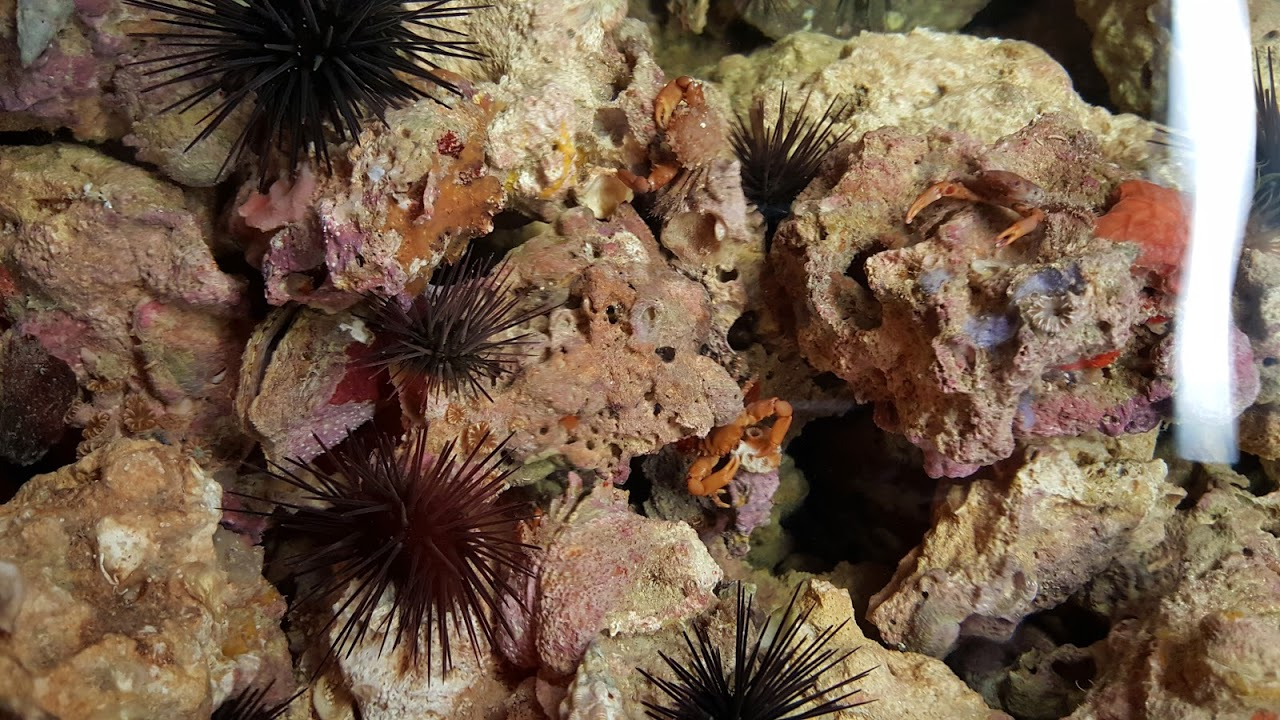 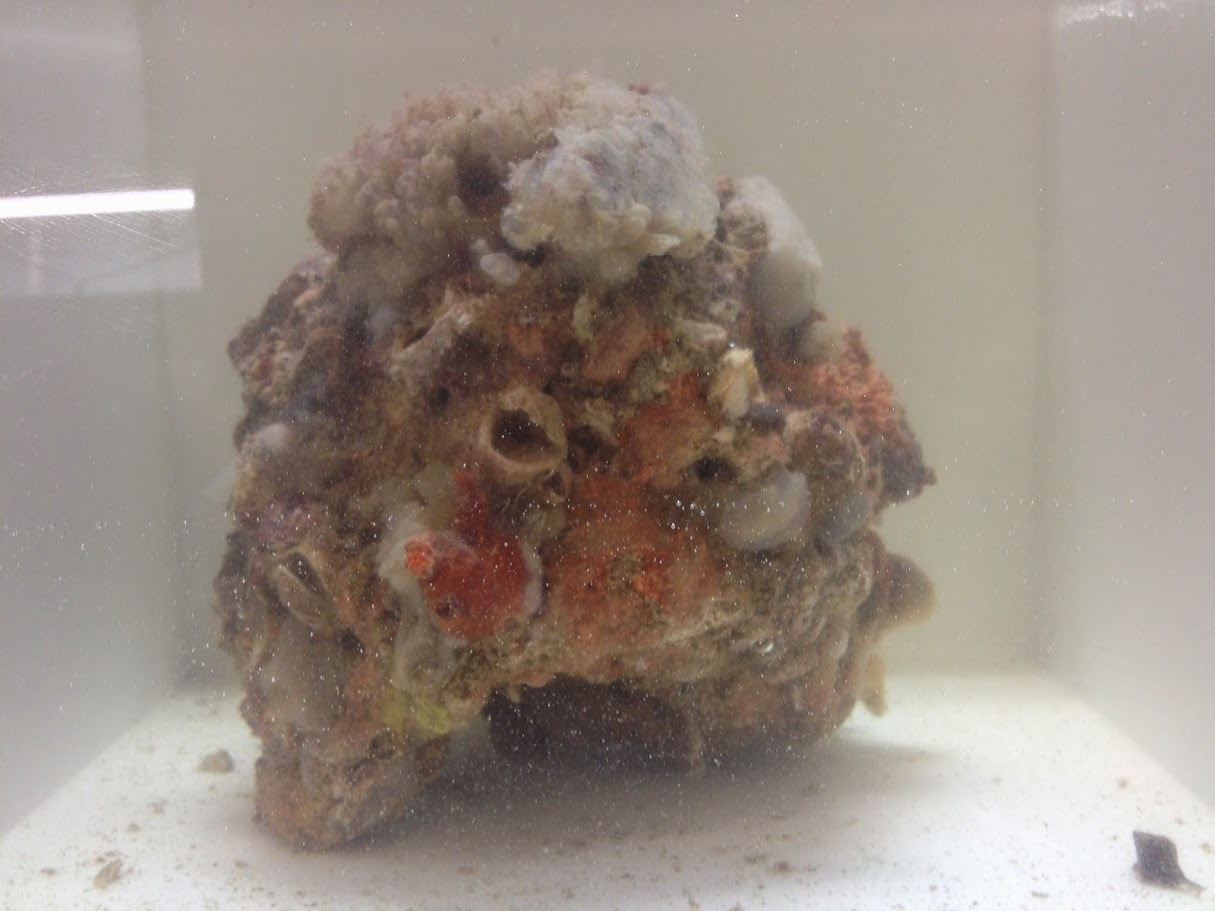 This is just a single piece of rock. 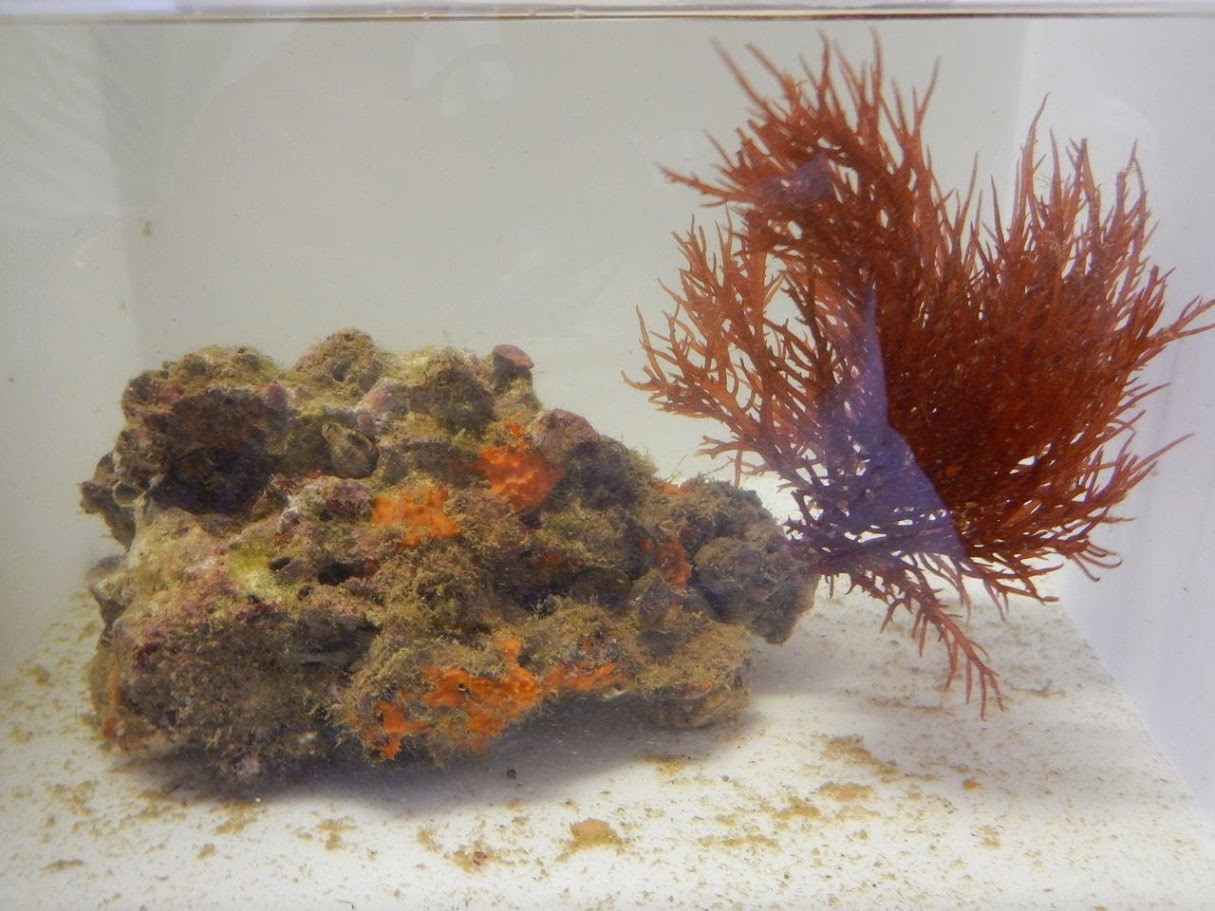 Another piece with Gracilaria growing on it. 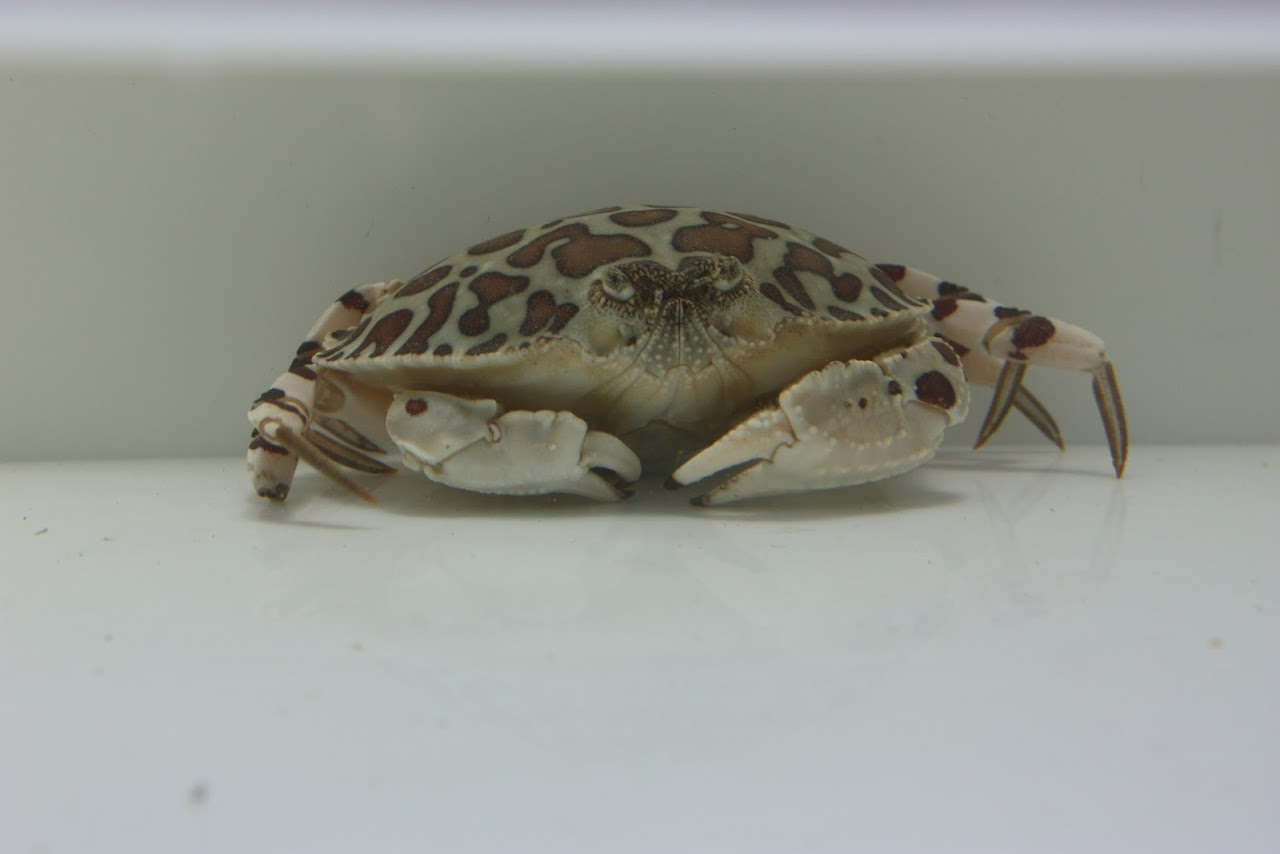 One of the pests (A calico crab) taken off rock when found. 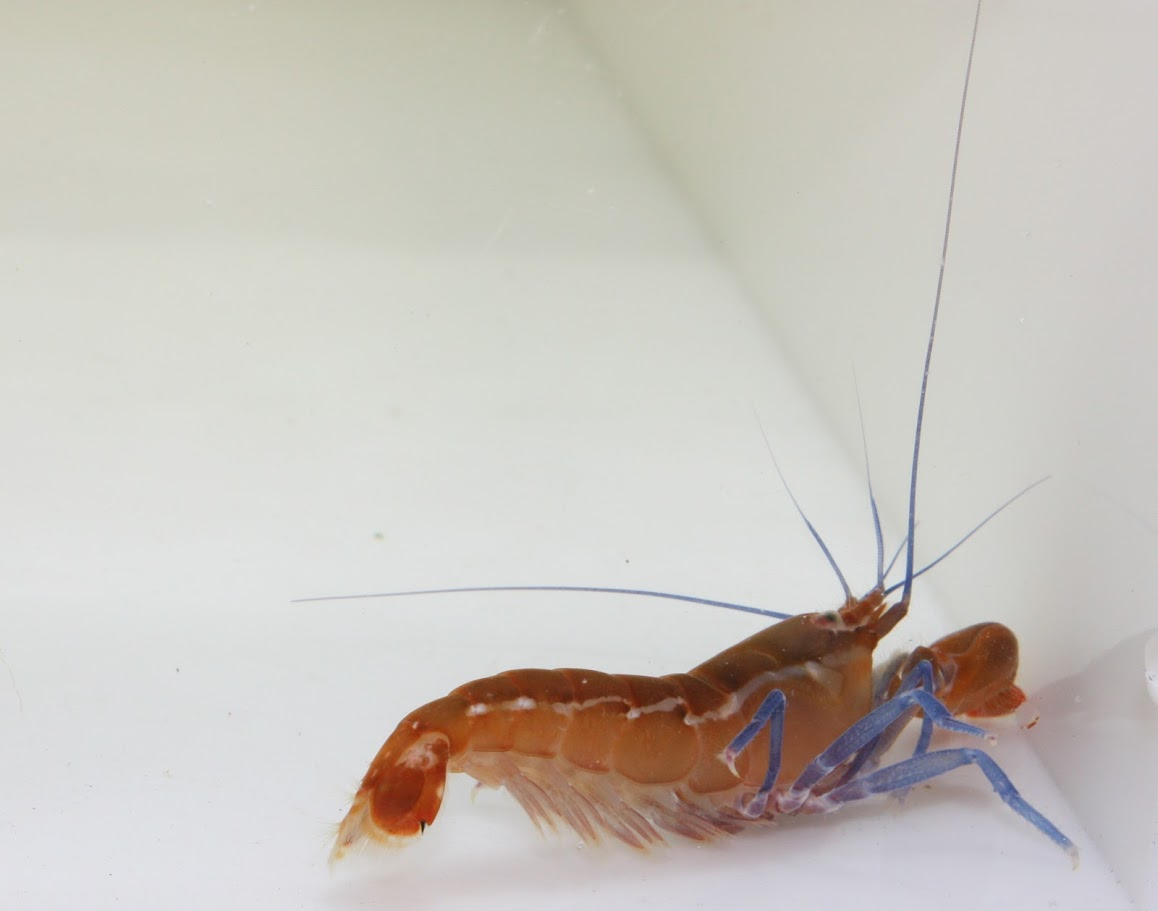 Blue Legged Pistol Shrimp, a very fun addition to a reef. Usually separated, but can sometimes hide in rock and mistakenly shipped to customers. Aren’t much trouble in aquaria. 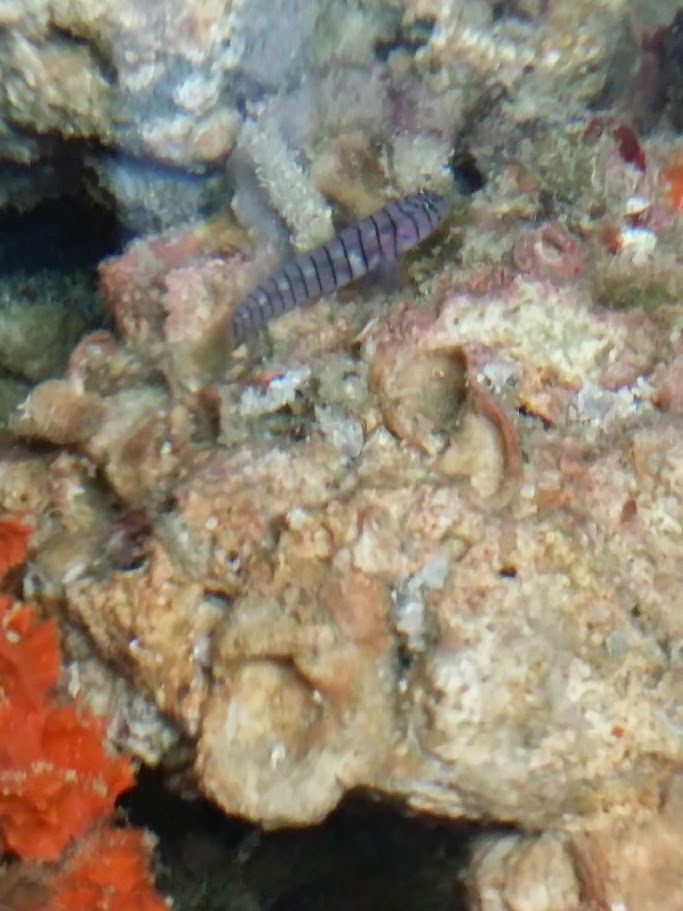 A small Tiger Goby, found all over the rocks.